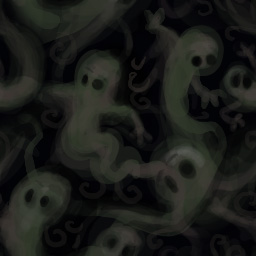 To let you all know I'm making a live-action/animated coming of age fantasy comedy-drama film called Doodles on a fanon wikia.

It's about an aspiring teenage artist named Briana Andrews (played by Millie Bobby Brown) who gets help from a group of six doodles who come to life, but she can only see them and hear them, as she goes through struggles and hardships as a teenager.

I was influenced by Whisper of the Heart, A Letter to Momo, Dark Night: A True Batman Story, and Christopher Robin when I thought of this movie idea.

The doodles would be brought to life with hand drawn animation and animators like Eric Goldberg and James Baxter for example would provide the animation for this film. They each have their own personalities, art styles, and each of them represents Briana’s personality traits.

The first doodle is a 14-year old friendly, optimistic, and happy schoolgirl named Jessie that’s drawn in an anime art style (particularly the art style of Studio Ghibli), out of the six doodles she is the closest to Briana, she is meant to emulate Briana in a way, her design is inspired by Anna Sasaki from When Marine Was There, Haru Yoshioka from The Cat Returns, and Kiki from Kiki's Delivery Service, and she is voiced by Zendaya.

The second doodle is a 7 foot tall T-rex named Rob with an intelligent, geeky, and shy personality, he wears glasses and a sweater, his design is inspired by Dudley the Dinosaur the Brush Your Teeth commercials and Rex from We're Back A Dinosaurs Story and will be voiced by Ewan McGregor.

The third doodle is a talking red car named Hot Shot who is a cool and chill ladies’ man, he is based on Will Smith's character from The Fresh of Bel Air, Abu's car form from Aladdin and the Nice Car from Ed, Edd n Eddy are close to what his design looks like, and will also be voiced by Will Smith.

The fourth doodle is a wise and motherly alarm clock named Mama Clock who will be voiced by Whoopi Goldberg.

The fifth doodle is a vain and spoiled fairy with a valley girl type of personality named Celeste, she's drawn in a Disney-esque art style (particularly that of the 90’s Disney films), she is like a good guy version of Sharpay from High School Musical, and she would be voiced by Ashley Tisdale.

The sixth doodle is a goofy and energetic monkey trickster named Lou, he's drawn in the style of those old black and white rubber hose cartoons, his design is based on the monkeys from the Mickey Mouse cartoon Mickey Monkey, he wears a bowler hat, a bow tie, and shorts akin to Mickey's shorts, his character is similar to Twitchy from Hoodwinked and Hammy from Over the Hedge, and will be voiced by Steve Carell.

And the seventh doodle is named Lord Xenofright, he serves as the villain of this movie in a way, he is a calm and creepy skeleton-like figure that wears a hood. The best way I can describe his design is that he looks like a cross between the Grim Reaper and Blight from Batman Beyond. He is drawn in a DCAU art style, he represents Briana’s negative side, and his mannerisms are kinda like a mix of Alan Rickman and Jeremy Irons. You could kinda compare him to pure evil calm villains. His goal is to become Briana’s only friend and manipulate her to his own ends, and we imagine that he will be voiced by Ben Mendelsohn.

The film will take place in summer in Sacramento, California

I also imagine that Brad Bird would direct this movie and James Newton Howard would compose the score for the movie (though to be honest if he was still alive I would've picked James Horner to do the score).

What do you think?