A widowed Coast Guard Admiral and a widow handbag designer fall in love and marry, much to the dismay of her 10 and his 8 children.

There will be a trailer with the song, When Kids Rule by Gina La Piana. 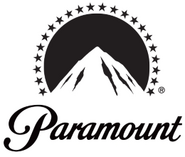 Columbia Pictures
Add a photo to this gallery
Retrieved from "https://moviefanon.fandom.com/wiki/Yours,_Mine_and_Ours?oldid=12591"
Community content is available under CC-BY-SA unless otherwise noted.